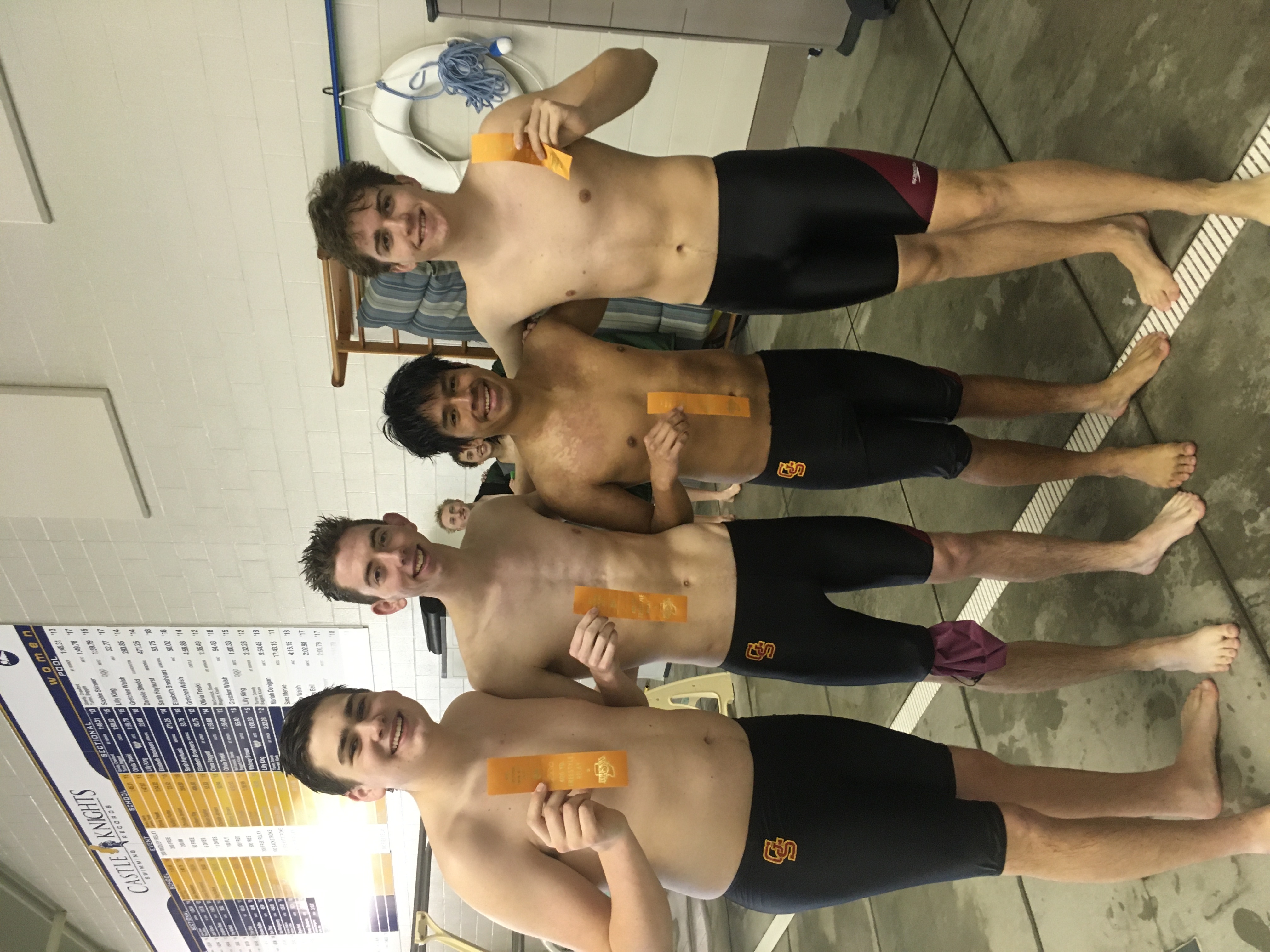 The Titan Boys Varsity Swim Team finished their season at the Castle Sectional Finals on Saturday. They finished 10th overall.

Individual scorers for the Titans were:

2 relay teams made the Sectional podium!

The 400 Free Relay of Cross Epperson, Logan McClain, David Hirsch, and Griffin Mercer placed 6th dropping nearly 7 seconds from their Thursday prelim time, setting a new school record in that event with a time of 3:57.77! The previous school record of 3:58.92 stood since 2008!

The Titans finished their season at an even .500, defeating 23 teams and losing to 23 teams.

Attached are some pictures I took from the event. Feel free to use. Thank you for your excellent coverage through the season!

No Events This Week

Events are added by athletic staff.
View All Events