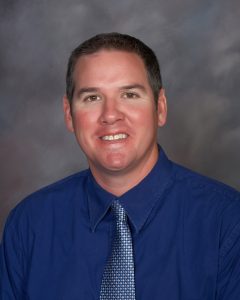 The 2020-2021 school year marks Jon Adams 13th as Athletic Director and 11th as Assistant Principal at Gibson Southern. During Adams’ tenure, the Titans have enjoyed arguably the most successful era in the history of Gibson Southern High School.  During that time, the Titans have amassed 67 Pocket Athletic Conference titles including a conference record six consecutive both gender All-Sport titles, 57 Sectionals, 14 Regionals, 4 Semi-States, 3 State Runner-ups and 1 State Champion. In addition, during Adams’ 12 years, 45 student-athletes have advanced to the state tournament or have been recognized with Indiana South All-Star status. Likewise, three student-athletes (Sylvia Adler, Rachel Hanold & Matthew Harpenau) received the coveted IHSAA Mental Attitude Award presented at the IHSAA State Finals and two student-athletes (Jordan Scheller & Tyler Ziliak) were the Indiana winners and Gibson Southern’s only recipients’ of the Wendy’s High School Heisman Award.

Before taking over the Athletic Department, Adams was the Head Baseball Coach and an instructor in the Physical Education Department at Vincennes University. His 2008 Trailblazer team finished 30-17 and was ranked as high as fifth in the country.

Prior to VU, Adams served as an assistant under Head Coach Doug Schreiber at Purdue University. While at Purdue, the Boilermakers posted a 31-27 overall record, finished fifth in the Big Ten and were responsible for the first loss of the season to eventual College World Series runner-up the North Carolina Tar-Heels, who were ranked number three in the nation at the time. During Adams collegiate baseball coaching career, he saw 24 former players sign professional contract with two pitching in the MLB.

Throughout his career, Adams has been a contributing writer to the online baseball magazine Inside Pitching, was elected to the inaugural Greater Evansville Baseball Hall of Fame Class, elected as the IIAAA (Indiana Interscholastic Athletic Administrator’s Association) District 6 Senior Director, has served on the IIAAA Board of Directors, IIAAA Strategic Planning Committee, was selected as a IIAAA mentor and has served on numerous IHSAA re-alignment committees. Adams is currently a member of the Gibson County Sheriff’s Department Merit Board & the Gibson County Community Corrections Board. He received his Associate’s Degree from Vincennes University and holds a Bachelor’s and two Master’s Degrees from Oakland City University.

A 1997 graduate of Gibson Southern, he and his wife Terri reside in Fort Branch with their children Bralynne and Nolan. 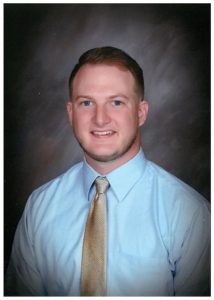 2020 will be Trevor’s 2nd year as the Assistant Athletic Director and I.T. Computer Specialist at Gibson Southern. Trevor’s main duties will be the supervision of athletic events, overseeing concession stand operations, and during the school day, repairing damaged chromebooks for students in the South Gibson School Corporation and assisting in other Information Technology needs. Before coming to Gibson Southern, Trevor worked for the Warrick County Parks Department as a groundskeeper at Friedman Park in Newburgh.

As the Assistant, Trevor would assist in daily stadium operational duties around the ballpark. This included the oversight of picnic areas preparation for nightly group events, managed the cleaning of the stadium, implemented inventory control, assisted with the ordering and stocking of concession items, and supervision of the Operations and Concession Interns.  Trevor also supervised the concessions for Mater Dei and Reitz baseball home games that were played at Bosse Field, along with the Sectional and Regional games that were hosted there as well.

A 2013 graduate of Evansville Mater Dei High School, Trevor and his wife Megan reside in Boonville with their puppy Winston. 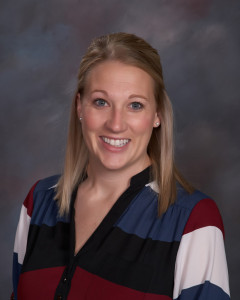 Melissa is beginning her 5th year as Athletic Secretary and 9th season a Head Cheerleading Coach at Gibson Southern. Before coming to Gibson Southern, Melissa worked as an optometric assistant at Ingler Family EyeCare, coached cheerleading at Fort Branch Community School, and taught tumbling and cheer at Julia’s Dance Academy.

Under Melissa’s direction the Titan Cheerleaders have been state finalist at the Indiana Association of School Principals Cheerleading Championships  in 2014, 2015, 2016 & 2017.  They have also placed at many other Indiana competitions such as the CICC, SICC and Purdue University.  She continues to develop the cheer program at GSHS to support all athletics, compete at the state level and develop each cheerleader to be the best student-athlete and ambassador for Gibson Southern High School.

A former cheerleader and 2006 graduate of Gibson Southern High School, Melissa and her husband Derik reside in Fort Branch with their sons Talen  and Emmit.

No Events This Week

Events are added by athletic staff.
View All Events